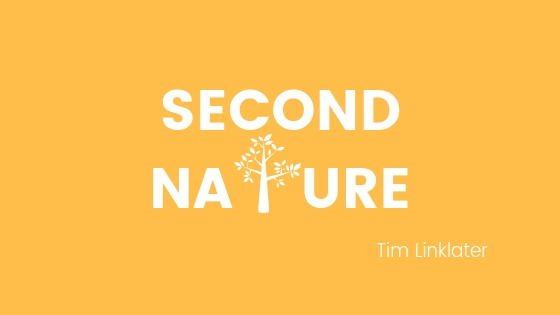 When Shane Warne bowled the ‘Ball of the Century” in June, 2007, we all sat back in amazement, asking simply how was that ball possible?  For all we knew, that delivery had just defied the natural laws of Physics, most definitely for poor, unsuspecting batman Mike Gatting.

In August, 2000, big wave surfer Laird Hamilton surfed ‘the Millennium Wave’, successfully navigating one of the meanest and thickest waves on the planet at notorious surf break Teahupoo.  Those fortunate enough to be in the channel watching and filming reportedly watched on with horror, joy and completely in awe.

Both Shane Warne and Laird Hamilton’s achievements are incredibly alike in one very specific way.  When breaking down their exploits, both over in a matter of seconds, there was no time to pause and reflect, to calculate what they were about to do.  Critics and analysts alike will tell you it was all possible because their movement and actions simply came Second Nature to them.

I like that term, Second Nature; a tendency or habit that has become characteristic or instinctive.  We obviously think quite highly of Nature if we have bestowed these characteristics the title of Second Nature, crediting it with all the wonderful, never-before-seen, previously thought impossible feats that (wo)man has achieved.  The sporting moments, the shows of strength, the life-saving reactions and instincts, all credited with being Second Nature to that body, that individual.

I wonder then, logically progressing up a level, what would it look like if a certain person displayed the qualities of First Nature?

Would we be looking at Superman?  Superwoman? I don’t know for sure, but common sense deduces it would make for one heck of a show.

The weeks of preparation, both mentally and physically, that Laird put in to get his body in shape.  The countless surfs, gym sessions, underwater diving, calculating and watching how the wave formed, all so his reactions could come Second Nature when his body needed it most.

The never-ending hours in the nets Shane Warne must have put in, ball after ball, practising.  It wasn’t an accident.  His body was capable of that which came Second Nature to him.  By the very definition of the word, the tendencies and characteristics he had trained into his body allowed these actions to become instinctive.

So, if all of that is possible WITH training, what could the human body, free of any interference, achieve?  Uninhibited, what would come First Nature to it?  What IMPACT would this action have on that individual?  Their ability to recover from, or prevent illness? Their ability to better provide for their family?  What impact would this have on their community?  Their state?  Our world?

This wonderful body, that can create LIFE!  A newborn baby, uninhibited, with no help from anyone, no medical doctors, no scientists and no textbooks, can create Thyroxine, necessary for Thyroid function.  How does it know how to do this?  Educatedly, this baby cannot even sit up on its own.  Are you ever worried that when you cut your finger, eyeballs may form in their place?  Of course not, you’d be worried to clap your hands if you did.

We have this beautiful, unparalleled Intelligence which has consistently, persistently and relentlessly proven itself CAPABLE of great things in (wo)man if it’s given the chance.

We see it in the greatness of inventors – Tesla, Edison.  In great musical composers – Bach, Beethoven, Mozart.  In athletes – Laird Hamilton, Shane Warne.  The potentials are there.  They may be dormant, but they can be active.  Shane Warne could have composed Bach, Laird Hamilton could have invented Tesla.

Many a man and woman have left their imprint on history, doing so WITHOUT the educated knowledge of the day, of being told what was possible, and what is impossible.

Any one of you can be what any of them were.  The POTENTIAL is in you.  After all, where did Bach get his music.  Did he copy it from someone else?  Where did Tesla get his ideas from?

The same source in in each of us.  There are no added special talents in Bach, Tesla, Edison, Beethoven or Mozart.  If there is, where did they get IT?  Many of the greatest athletes, composers and inventors of this world all had parents who were ordinary, average, and in many instances, less than average people.  Uninhibited, free of Vertebral Subluxation, this source is free to influence our bodies, First Nature.

Chiropractic makes the suggestion that if Second Nature is as breathtaking, as inspiring, as elegant to behold as it is, then what would a world, free of bodily inhibition, operating under First Nature look like?